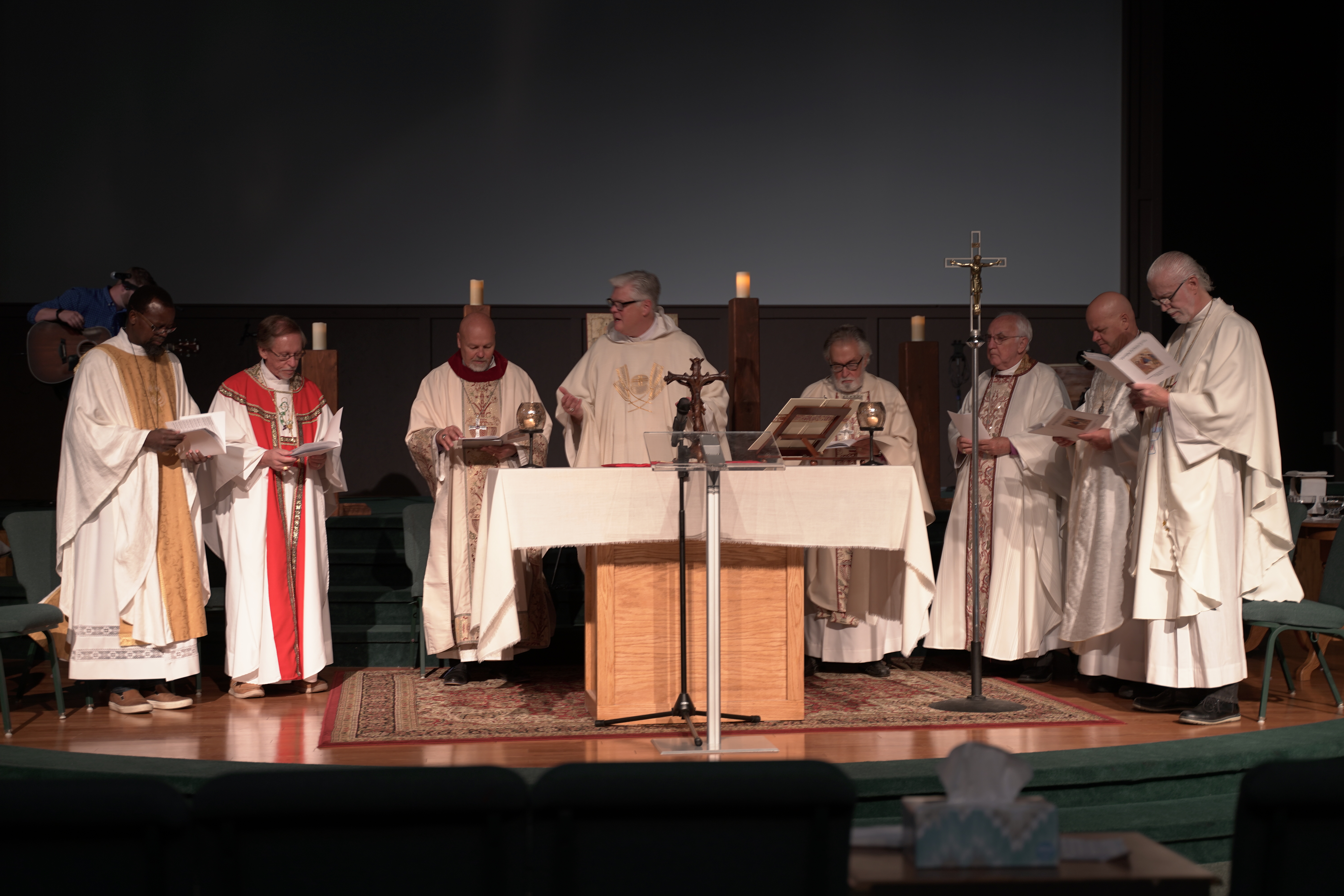 On October 8th and 9th of 2019 The International House of Bishops of The Communion of Evangelical Episcopal Churches met in Synod in Hutchinson, Kansas, U.S.A. to reaffirm their unity and common mission as a Communion in the One, Holy Catholic and Apostolic Church.

This was done during a celebration of the Holy Eucharist and reaffirmed in the Archbishops Synod Meetings which followed.

The Archbishops of the Provincial Jurisdictions in the Communion, including The Province USA, United Kingdom, Canada, and India, as well as the Society of Saint Patrick and others beyond these Provinces have reaffirmed their unity.

In addition to this, six of the seven Presiding Bishops in the history of our Communion or their official representative (Most. Rev. Dr. John Sathiyakumar representing India on behalf of Archbishop Duraisingh James) have reaffirmed their unity with each other and the International House of Bishops.

The unity of the Communion at the international level was reaffirmed by the affirmation and signing of The Communion’s Instruments of Unity.

The unity of the CEEC is maintained through a collegial relationship of each member of the International House of Archbishops who represents various Provinces, Orders, and Jurisdictions throughout the world and their affirmation and participation in the Instruments of Unity.

Because the CEEC since its inception has been a Communion and not a Denomination, each Jurisdiction that has a seat in the International House of Bishops is a separate, corporate, and legal entity in keeping with the respected laws of those places they live and minister. Each Jurisdiction maintains their own Cannons adapted to the varying needs of their respected jurisdictions while guarding the apostolic succession, apostolic tradition, and their common life.

We look forward to the next Synod of The International House of Bishops which will be in October 2020 as we celebrate our 25th Anniversary as a Communion.